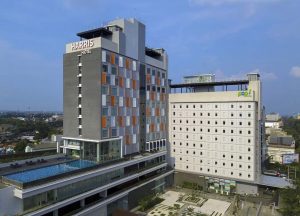 HARRIS-POP! Hotels & Conventions Solo, Indonesia, is located in the heart of Solo with 138 rooms providing guests with unique views of the city. What guests don’t see, though, are the dozens of service staff learning how to communicate in English, upsell and perform their daily duties via their mobile phones.

Quicker, more efficient, lower cost and, most importantly, more effective, Boost’s mobile learning solutions have allowed the hotel to train its staff in new languages and skills at a time and place of their choosing, bypassing costly classroom-based learning.

Willy Prasetyo started his hospitality career as a waiter in the hotel’s restaurant. The Solo native had precious little English language abilities, and this often manifested itself in shyness, and an unwillingness to engage with guests. 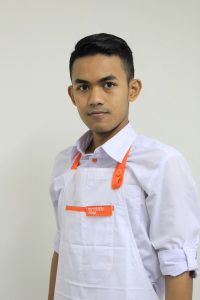 However, after a few months learning English via Boost Voice (often after hours at home or one the way to work) via his mobile phone Willy’s confidence improved dramatically. He is now able to understand and communicate key restaurant-specific words and phrases which has resulted in noticeable improvements in performance.

“Boost Voice helps me to improve pronunciation of some common words in the restaurant” says Willy, adding “I love the type of course that involves games or when they give us some animation”

Whenever he has time, even at home, he manages to open the app, knowing that his target is also far from an end. “Now I feel more confident when there is a foreign guest at the restaurant. Even though I don’t really have much time to chat with the guest, I don’t feel shy anymore”